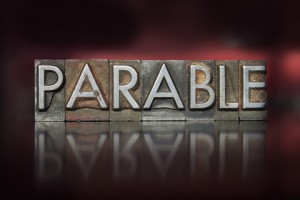 In this book, I will share ten of the approximately 60 parables that Jesus Christ used in His teaching. I will reveal the mystery of the parables through their proper interpolation. But first I need to define four groups of people – Unbelievers, Believers, Make Believers, and True Believers – which will reveal the eternal destination of any and all human beings around the world regardless as to their ethnicity, race, or supposed religious beliefs.
An “unbeliever” represents all sinners/humans around the world regardless of their ethnicity, race, or spiritual beliefs. (1) All people are born as sinners and our eternal destiny is eternal separation from the ONLY true, living, loving God (2) with our eternal residence in Hell. (3)
(1) Since all have sinned and are falling short of the honor and glory which God bestows and receives. (Romans 3:23) AMP
(2) But the Lord is the true God and the God of truth (the God Who is Truth). He is the living God and the everlasting King. At His wrath the earth quakes, and the nations are not able to bear His indignation. (Jeremiah 10:10) AMP
(2a) He who does not love has not become acquainted with God [does not and never did know Him], for God is love. (1 John 4:8) AMP
(3) And they shall go forth and gaze upon the dead bodies of the [rebellious] men who have stepped over against Me{God}; for their worm shall not die, their fire shall not be quenched, and they shall be an abhorrence to all mankind. (Isaiah 66:24) AMP
(3a) And do not be afraid of those who kill the body but cannot kill the soul; but rather be afraid of Him {God} who can destroy both soul and body in hell (Gehenna). (Matthew 10:28) AMP
A “Believer” is a sinner who has just accepted the bountiful free gift of Jesus Christ as their personal Savior according to the process of justification and is a new spiritual creation, (4) but he/she MUST seek further teachings from the Bible and the guidance/ Counsel from God the Holy Spirit and the multitude of counselors from within the Bride Church (5) to immediately start the process of sanctification which allows God to set them apart according to His Word in His foreknown and predestined plans/ministry for them. (6)
(4) For the wages which sin pays is death, but the [bountiful] free gift of God is eternal life through (in union with) Jesus Christ our Lord. (Romans 6:23) AMP
(4a) Therefore if any person is [ingrafted] in Christ (the Messiah) he is a new creation (a new creature altogether); the old [previous moral and spiritual condition] has passed away. Behold, the fresh and new has come!                        (2 Corinthians 5:17) AMP
(5) Sanctify them [purify, consecrate, separate them for Yourself, make them holy] by the Truth; Your Word {Bible} is Truth. (John 17:17) AMP

I ask you to think about these four groups. Which one are you. (14)
(14) Go to the Salvation icon or to the Recommit icon on my Home Page to “get right with God.”

02. The Mystery of Properly Interpolating the Parables Revealed

02. The Mystery of Properly Interpolating the Parables Revealed

To those couples and anyone else who are interested in or are struggling with infertility/fertility human reproductive issues, the following information will help you to understand God’s role in natural human reproduction versus the lack of God’s involvement in all IVF or AI replicated human reproduction and its eternal consequences for that offspring: Please read this pdf book – the decision is ultimately yours!

Select your language below